When writing my patterns up in both a crochet and a knit version, I can sometimes run across a challenge.  Transferring stitches from one to the other doesn’t always work, and can take some creativity on my part.

This was exactly the trouble I had when I decided to write up a Smock Stitch Beanie pattern.  The smock stitch is a gorgeous knit stitch that I’ve always been in love with…..but I’ve never seen a crochet version!  Perhaps I just haven’t looked in the right places, and it’s out there somewhere.  I’ve never been able to find it though.

So I set out to create a crochet version of this lovely knit stitch.  The gorgeous texture that I came up with will be featured in a couple of my upcoming patterns, including this Smock Stitch Beanie Crochet Pattern.

Since I created this stitch, I wanted to be sure to create a tutorial to accompany the patterns that use it.  Hopefully this tutorial comes in helpful and you love the stitch as much as I do!  Let me know what you think ♥

Follow your pattern up until the point that it specifies to complete a smock stitch.

Your smock stitch will be worked over the next six stitches. 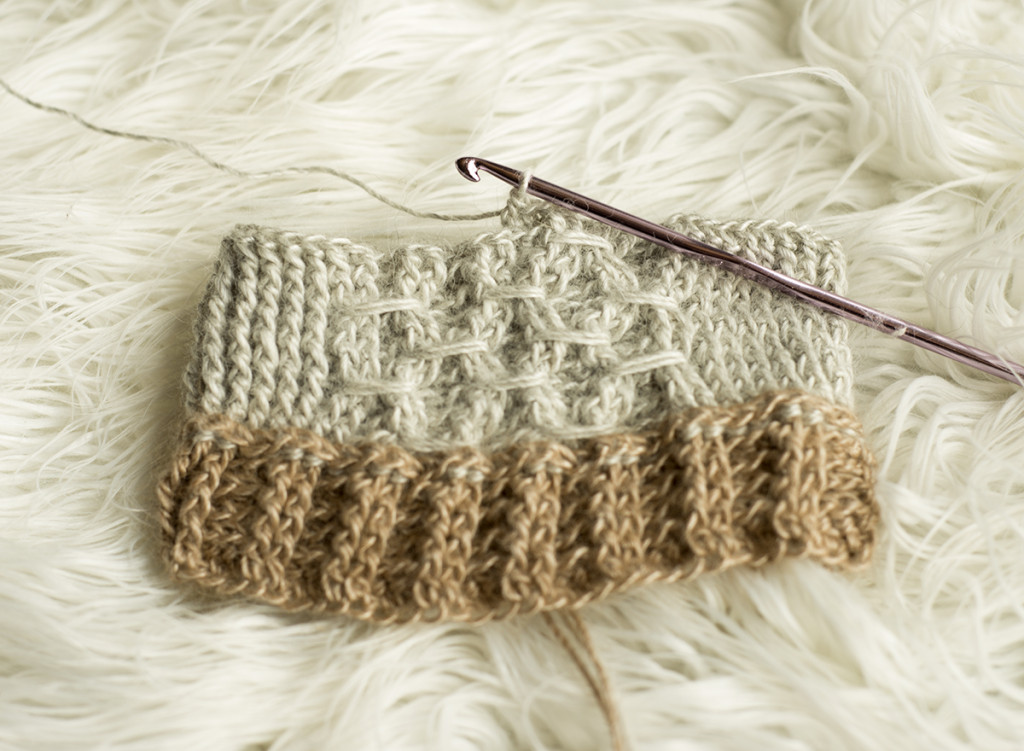 Ready to Start a Smock Stitch 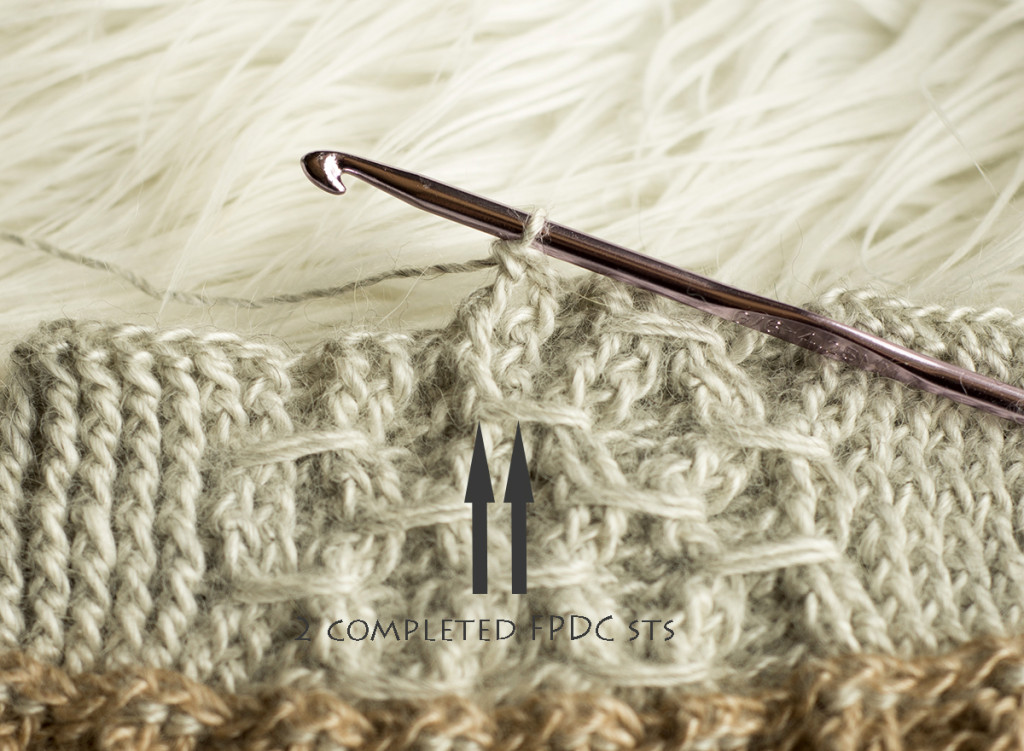 Next, you’ll do a yarn over before inserting your hook, from back to front, between the last stitch worked before starting the smock stitch sequence, and the first FPDC stitch in the sequence. 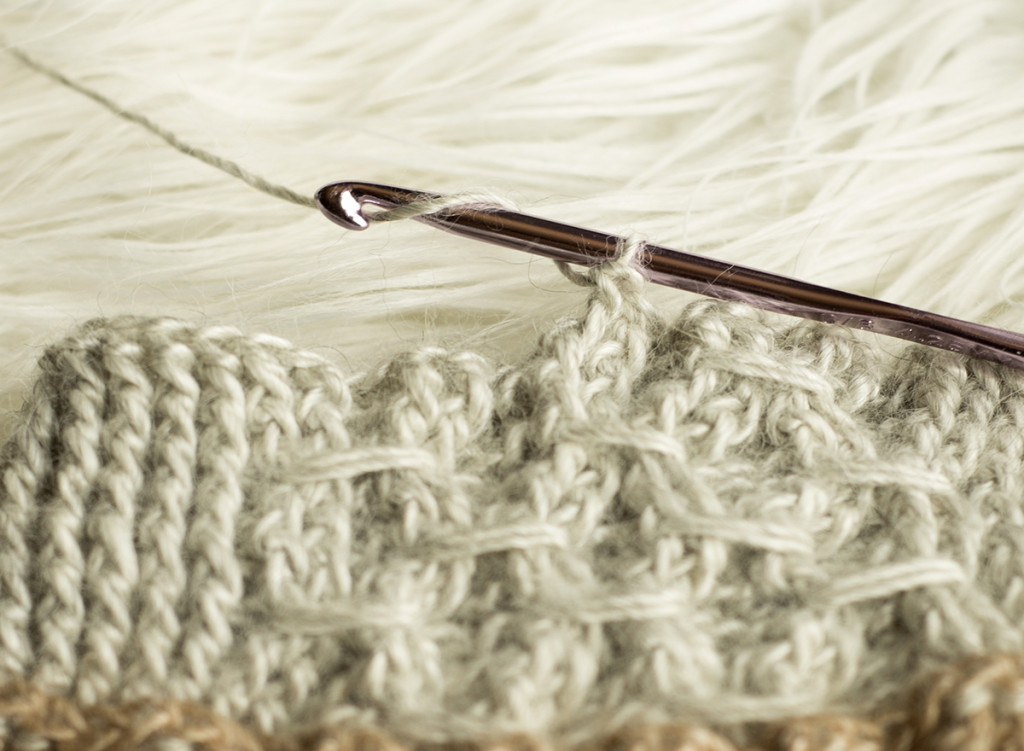 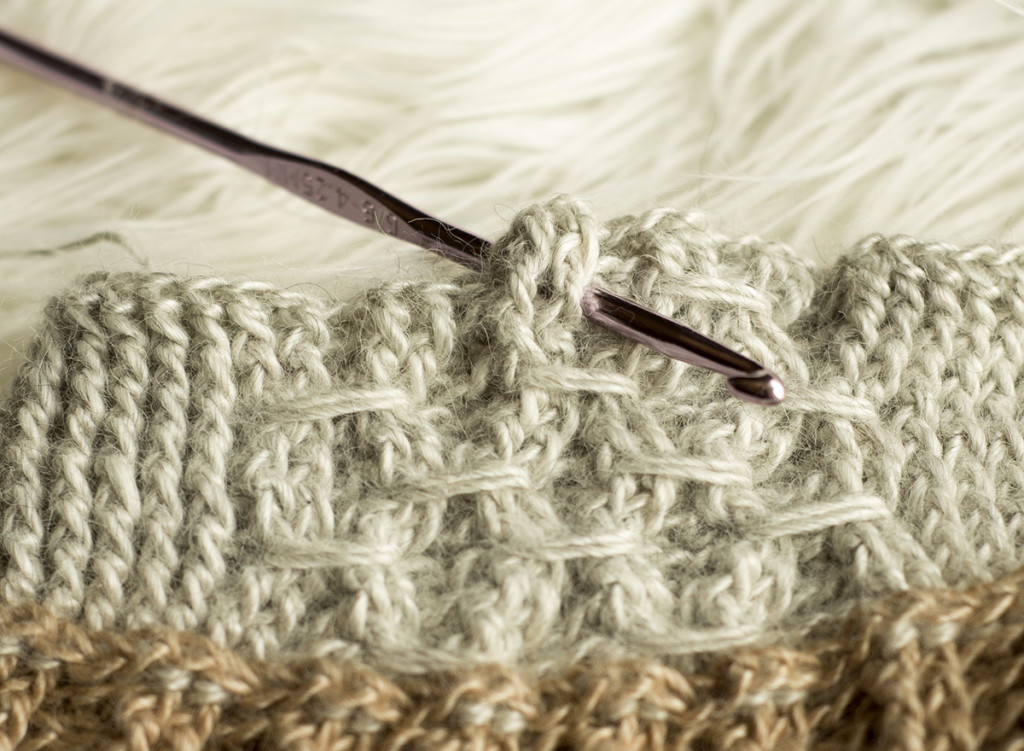 Insert hook, from back to front, between last stitch worked before smock stitch sequence and first FPDC stitch of sequence.

Next, insert your hook from front to back between the sixth (last) stitch of sequence and the next stitch. 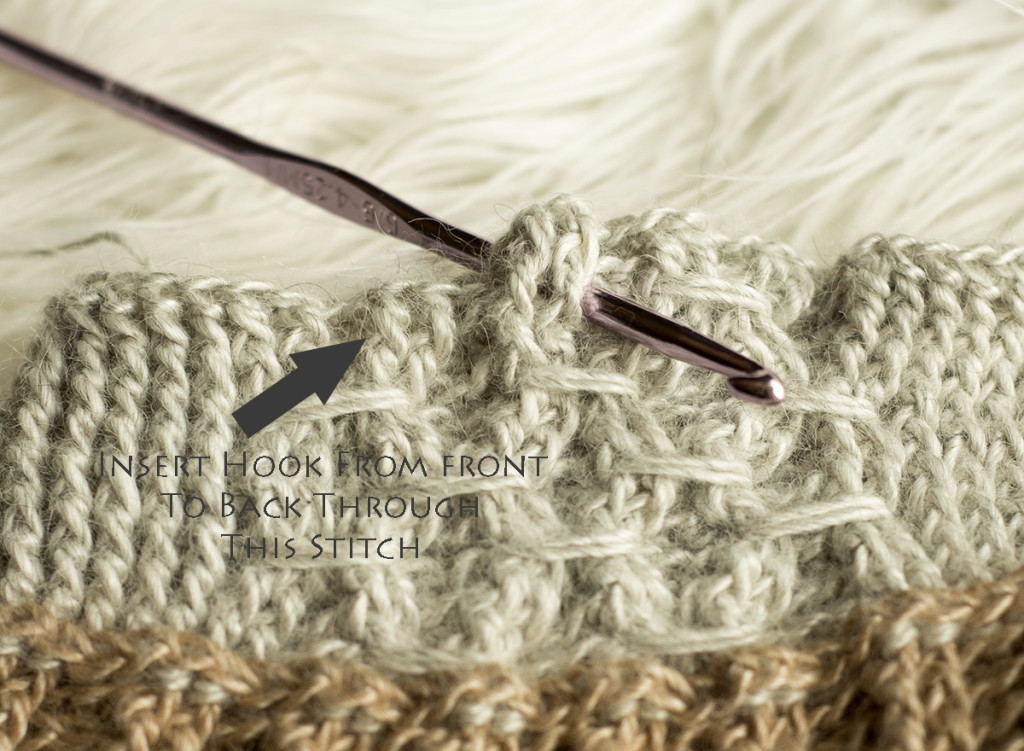 Insert hook from front to back between sixth (last) stitch of sequence and next stitch. 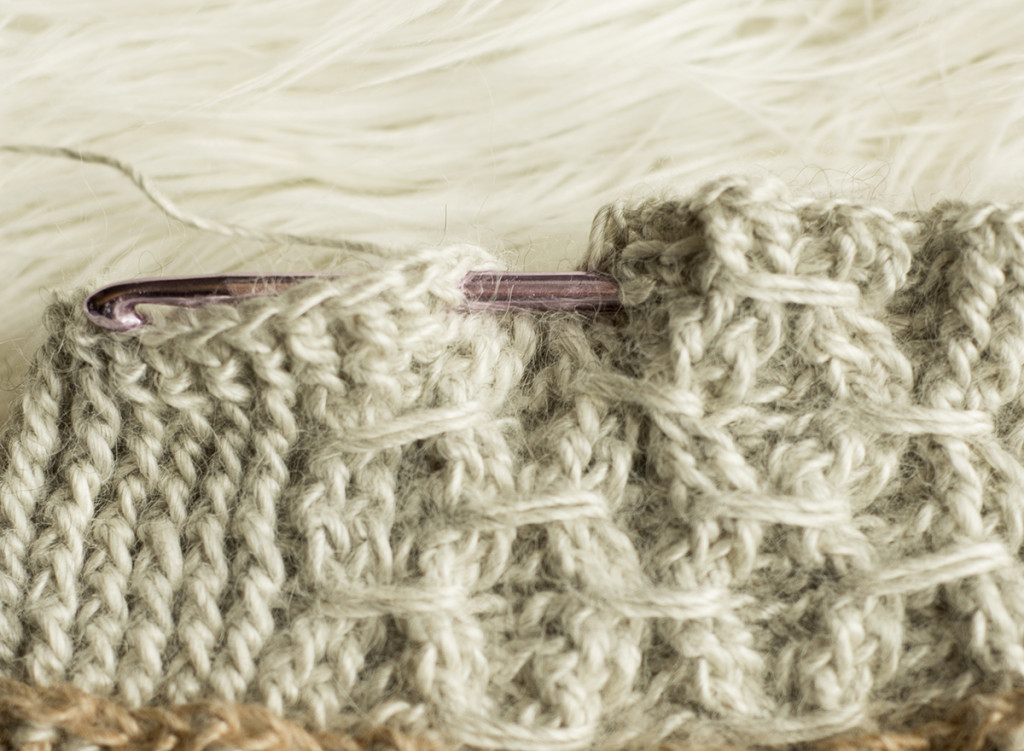 Insert hook from front to back between sixth (last) stitch of sequence and next stitch.

Yarn over and draw a loop through from the back side, all the way back to the back side where you first started. 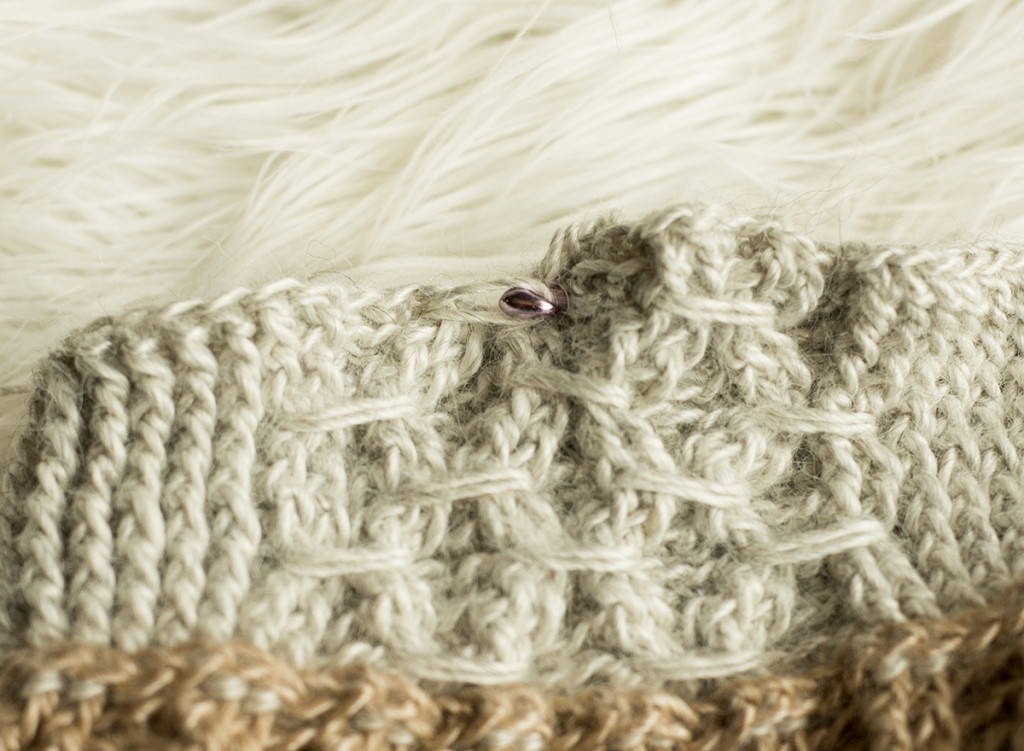 Yarn over and draw loop through from back side. 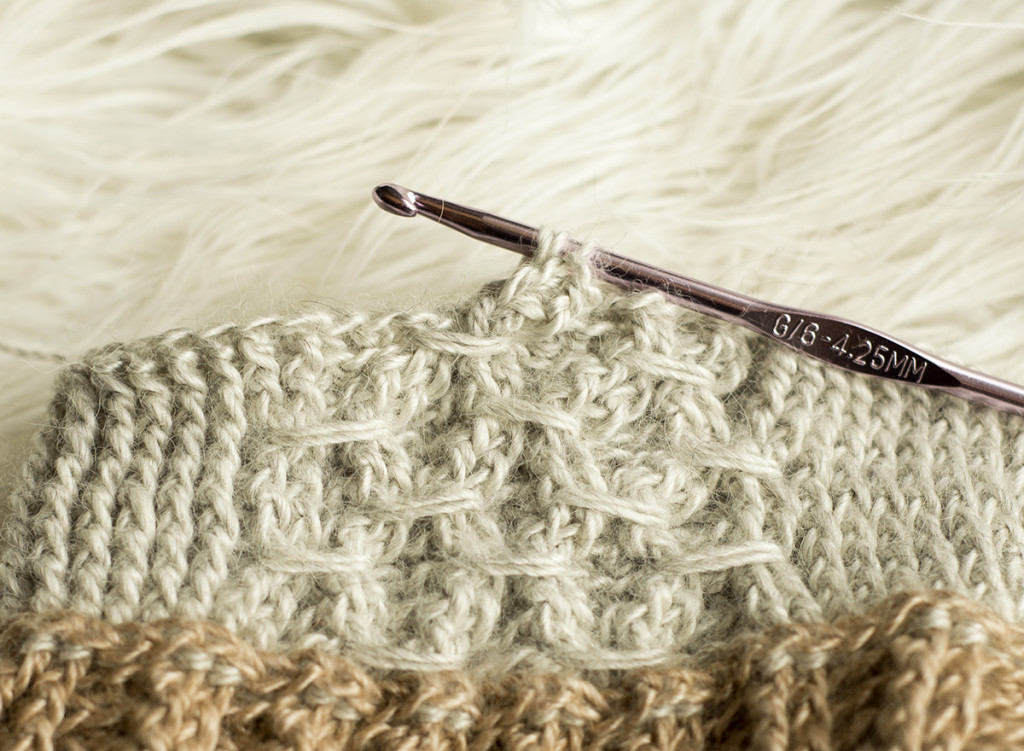 Draw loop all the way to the back side where you originally started. 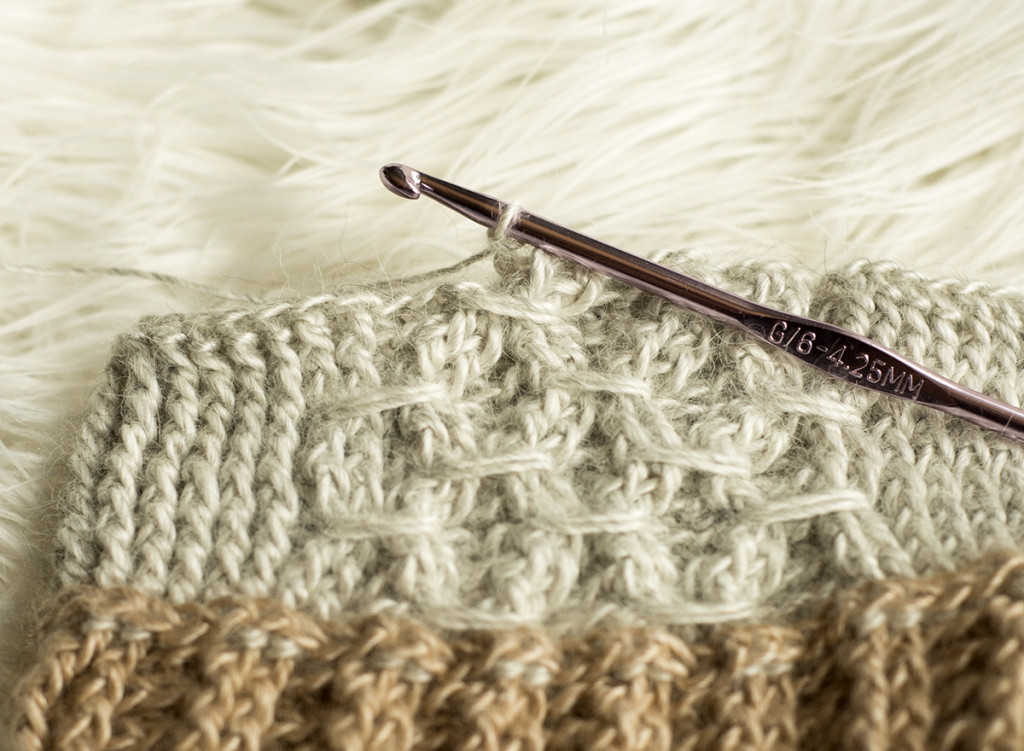 Complete Double Crochet Stitch. You should now have one loop left on hook.

Skip the next stitch (third stitch) of sequence, and Back Post Double Crochet the next (fourth stitch). 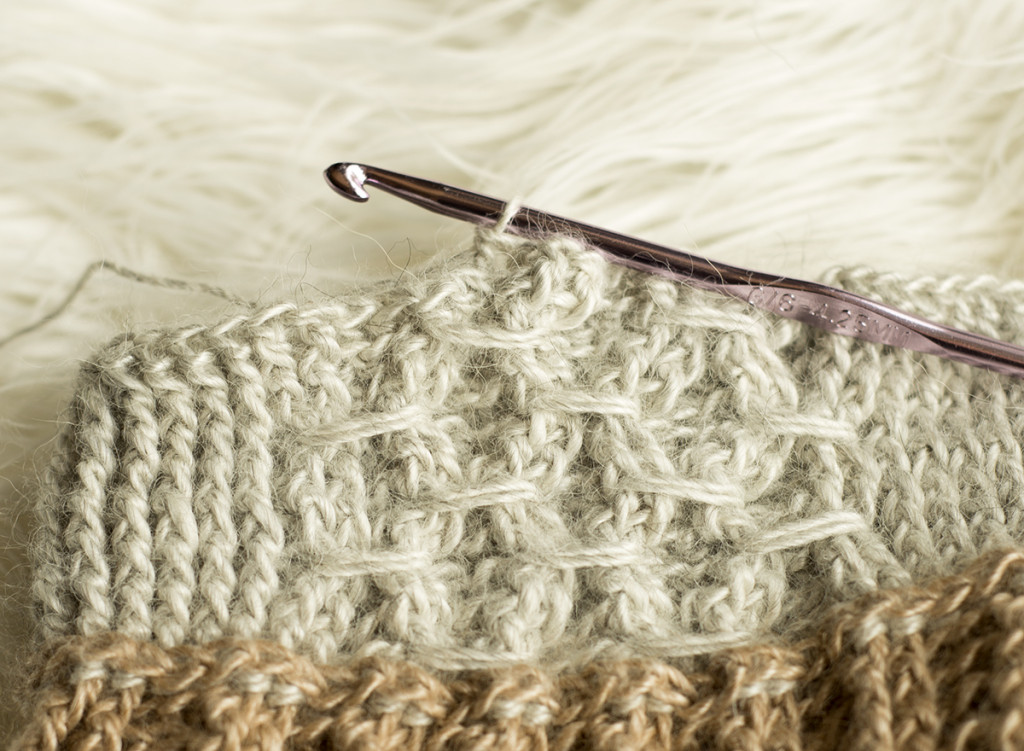 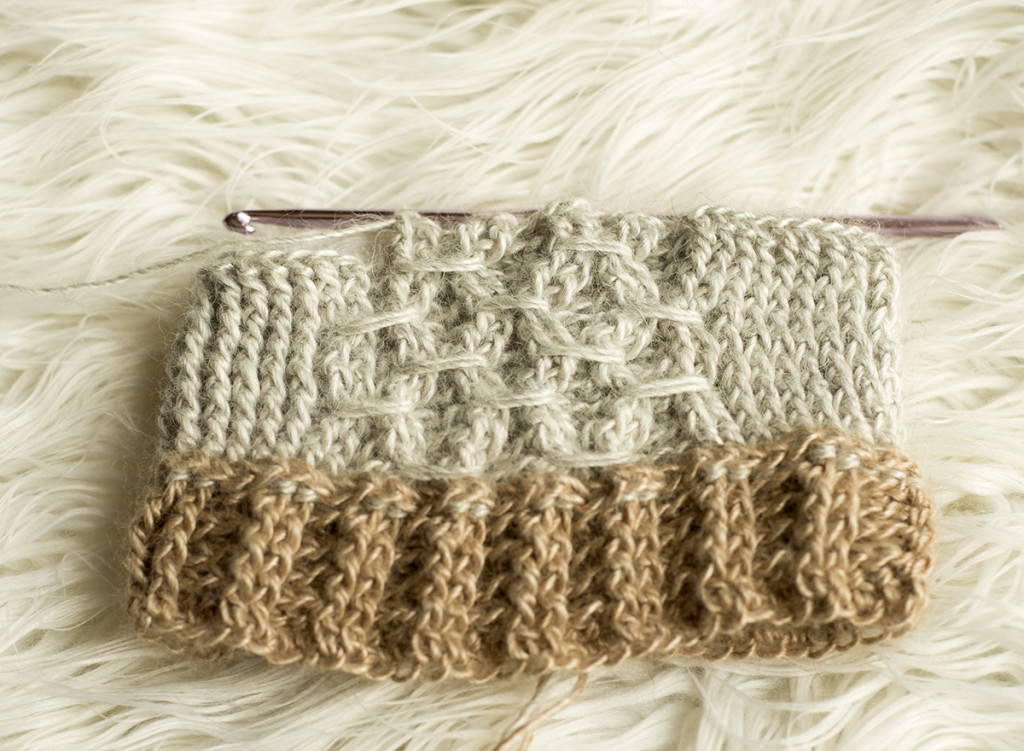 Ready to give it a go for yourself!?  Grab one of my Smock Stitch Patterns and get hooking!